Despondency return with their forth studio release, and one of their heaviest releases to date. Produced once again at Soundlodge Studios with cover art by George “Grin” Prasinis. Includes a Pyrexia cover of Sermon Of Mockery and features guest vocals from Matti Way.
credits
released May 27, 2009

Recorded in April/May 2008 at the Soundlodge Studio in Rhauderfehn, Germany. 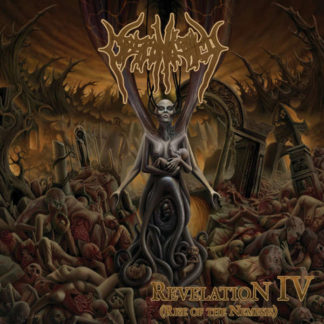 ON SALE!
You're viewing: Revelation IV (Rise Of The Nemesis) CD On Sale $8.00
Add to cart
Create a new list