BLACK FRIDAY CODES
CODE: BFALL4
GET ALL 4 MORTICIAN REISSUES FOR $30.00!!! SAVE $10 EXTENDED THROUGH SATURDAY!
CODE: BFBLOODB
GET MORTICIAN FINAL BLOODBATH SESSION FOR $6.66 LOWEST PRICE EVER!!!

The Demonstration tape recorded and released originally in 1998 on a ‘four track crooked device’ unveiled the horror death metal upon the then epic underground in it’s prototype infancy and spread by maniacs such as Mad Max (Maximilien Varnier) R.I.P. of Impaler of Trendies Productions who helped establish Portal amongst the ranks of insane Warped Death Metal of the late 90’s. Now for the first time in 22 years Hells Headbangers share the burden on tape with your potential suicides. 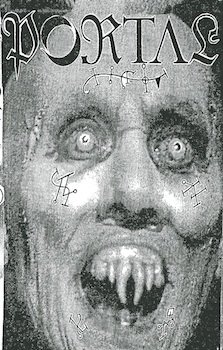