Necroexophilia is an internet project formed in mid 2014 & is composed of Tommy Rouse (vocals) & Justin McNeil (everything else). After the release of the debut album “Frantic Visions of a Xenogod” former member (Slamophiliac) parted ways with the project. In mid 2016 Justin took the part & the two started working on the next full length. Adding some new twists to the project they released their debut single “Erupting Seas of Noxious us Plasma” while still keeping some of the same aspects from the previous album within the music. The next full length album “Intergalactic Armageddon” was set to release in 2018 through CDN Records & the two have more music planned for the future. 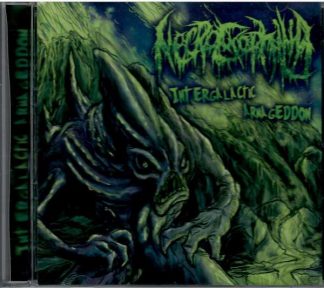