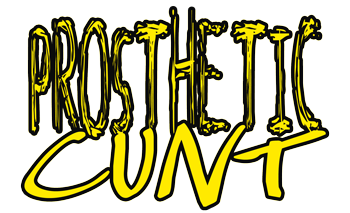 This statement was transmitted by Prosthetic Cunt to Primitive Recordings before receiving these discs.

“Blatant Money Grab!!! All 93 songs on 1 disc. We’ll have it one day and you’ll be like “so what” and rightly so. We’re a fucking mess. We have no new material. I mean we do but it ain’t done because we’re lazy and make sloths look fast. We’re rehashing shit for the few people that missed a release and just giving them everything in one shot. No pre-order. No nothing. Just a fucking promise that we ordered it and we’ll have them. We’ll let you know about it… or not… we suck at everything and are all over in weird places. You hear that? I hear that shit. Every fucking day. None of it happens right. It’s all like a bad movie about a guy acting in a bad movie that’s lost it’s budget and he’s just like “dude, I at least thought they’d feed us” and they wait for the director to stop yelling and everyone just wants to get high and no one says a word. It’s just like that.” 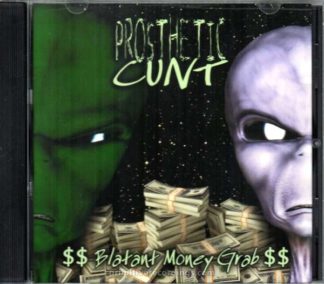 ON SALE!
PRIMITIVE RELEASE
You're viewing: Blatant Money Grab $10.00
Add to cart
Create a new list
We use cookies to ensure that we give you the best experience on our website. If you continue to use this site you agree to usage of cookies and our terms of service. OKPrivacy Policy